First period play saw each team tally once beginning with the Gold Miners’ Tyler Fyfe, who notched his club-best 27th goal of the season five and a half minutes into the contest.

Morgan Scriber’s sixth tied things up for the Lumberjacks midway through the session as the two sides entered the intermission knotted at one.

Kirkland Lake regained the lead 10:27 into the middle stanza thanks to Declan Carter, who collected his 10th marker of the campaign for the home side.

Hearst would once again level the proceedings before the second period was complete thanks to special teams as Zack Dorval scored on the power play at 18:50.

The visiting Lumberjacks would take the lead 12:54 into the third period thanks to Bradley Golant only to see Gold Miners’ rookie defenceman Schneidmiller force OT with just over three minutes remaining in regulation with his initial league marker.

Neither side would notch a game-winner in each of the five-minute OT sessions as the two sides settled for one point apiece in the standings.

Sam Ellwood assisted on all three tallies for Kirkland Lake.

Ryan Winter started for the Gold Miners and saved 23 of 25 before giving way to Cade McEwen midway through the third with the latter turning aside nine of 10 in relief.

Hearst goalkeeper Matt Kustra made 43 stops in throughout the contest to help his side earn the tie. 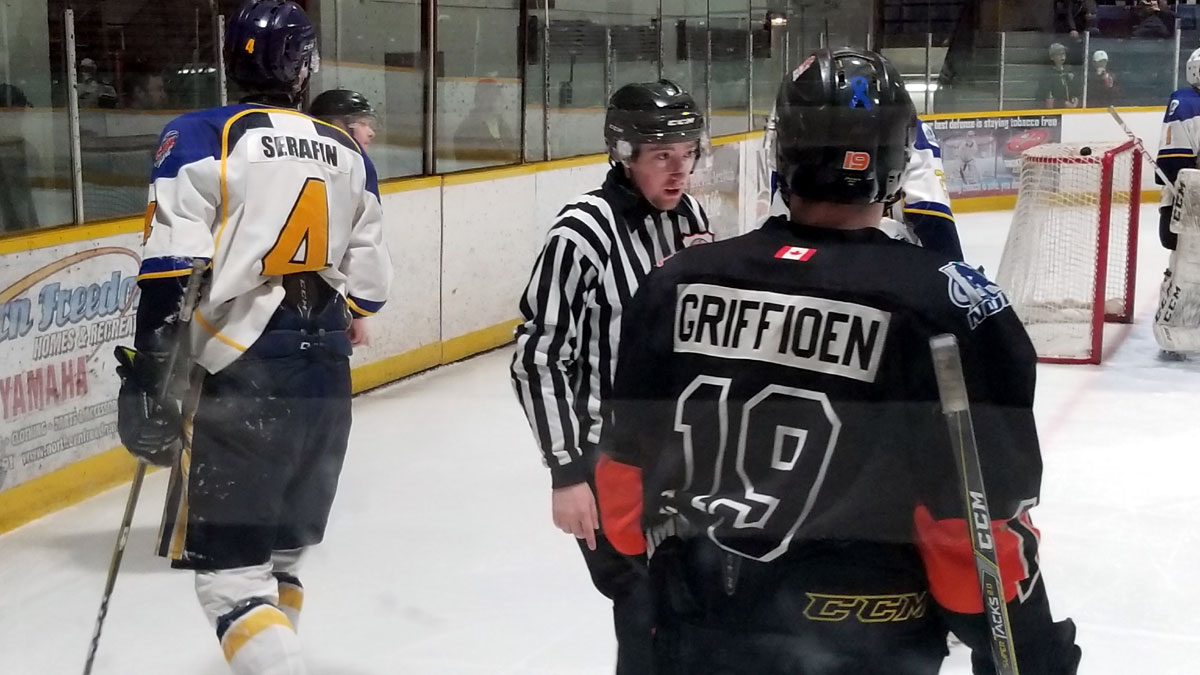